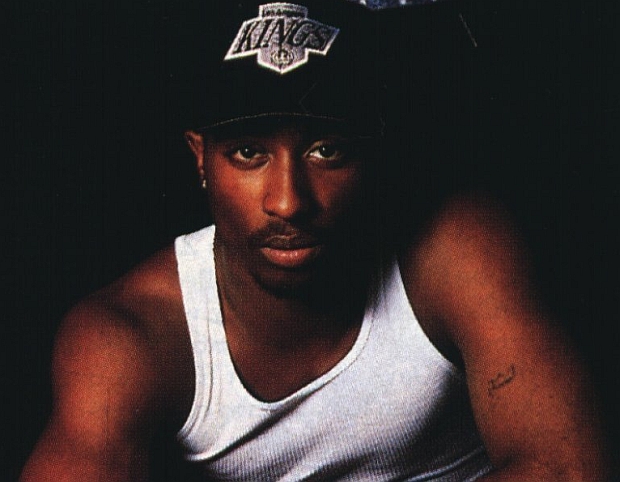 Shakur: Everybody needs a little something, and they need to be independent. No independent person just grew up and was born independent. You worked and you learned teamwork, and you learned cooperation and unity and struggle, and then you became independent. And we have to teach that and instill that. ... I mean, if this is truly a melting pot in the country where we care about them ... we really need to be like that. ... You need to help black kids, Mexican kids, Korean kids, whatever. But it needs to be real and it needs to be before we all die and then you say, "I made a mistake. I should have gave them some money. We really should have helped these folks." It's gonna be too late. And then that's when you've gotta pay your own karma. And that's what God punishes when God punishes you.

I feel like there's too much money here. Nobody should be hitting the Lotto for $36 million when we got people starving in the streets. That is not idealistic. That's just real. That is just stupid. There is no way Michael Jackson ... or whoever ... should have a million thousand quadruple billion dollars and then there's people starving. There's no way. There's no way that these people should own planes and these [other] people don't have houses, apartments, shacks, drawers, pants.

MTV: What if they earned it?

Shakur: If they earned it — I think that's good and I think that they deserve it. But even if you earned it, you still owe. Look at me. I'm not — I don't have that mega-money. But I feel guilty walking by somebody. I gotta give him some mail. And if I know I got $3,000 in my pocket, I feel it's wrong to give that person a quarter or a dollar. It's wrong. Only you know what you've got in your pocket, and that's wrong, no matter what they do. If they take it and drink it, they take it and drink it. ... We all know how hard it is, and it's not about you being good or bad. Because he don't got don't mean he was bad or don't mean he's a criminal or don't mean he's crazy or a drug addict or none of that. It just means he don't got. And ain't it bad that you got. Can you imagine somebody having $32 million ... and this person has nothing? And you can sleep? These are the type of people who get humanitarian awards — millionaires. How can they be humanitarians? The fact that they're millionaires and there's so many poor people shows how inhumane they are, you know what I'm saying? And that bugs me. I'm not saying that I'm never gonna be rich, but I'm saying there's a struggle, and I think everybody deserves, and I think there's a way to pay these people.

It just takes to be revolutionary, and it takes that to do something out of the ordinary. I think that if we just said, "OK, I got an idea. No more porno buildings — let's build houses." Or "No more polo games. Let's build houses for poor people." OK, I know you rich. I know you got $40 billion, but can you just keep it to one house? You only need one house. And if you only got two kids, can you just keep it to two rooms? I mean, why have 52 rooms when you know there's somebody with no room? It just don't make sense to me. And then these people celebrate Christmas — they got big trees, huge trees, all the little trimmings. Everybody got gifts, and there's somebody starving. And they're having a white Christmas. They're having a great Christmas, eggnog and the whole nine. That's not fair to me.

MTV: What about people who don't have a lot of money, who are just the average guy? In your terms, what do you think about these people helping their fellow man?

Shakur: I think that people, not only the rich people, have responsibility to give. ... Poor, to me, is without, nothing. ... Poor is not just for black folks. I think that rich black people need to give to poor white folks ... and poor Korean people, whatever. For real, it's not like a color thing 'cause that's real bad. ... To me, what's real bad is kids that don't get presents on Christmas. I think adults shouldn't get presents so the kids get all the presents, 'cause ain't that what it's supposed to be about? Even when you do turn 13 and you know there's no Santa Claus. It's still for those years when you thought it wasn't made up, that life was that much more better. These days, like the rhyming says, "We growing up." We grew up B.C. — before crack, you and me. We grew up way before all this crazy stuff happened with the AKs and AIDS and all that. Imagine all of that and no Christmas? All of this that we gotta go through for 365 days a year and there's no Christmas? We know Christmas is relief day. So all of this with no relief day? That's hard. That's a lot of pressure. That's a lot of stress. That makes you go crazy. So I don't ... I forgot the question.

MTV: You were talking about the unevenness, saying that wealthy people should be helping the others.

Shakur: OK, yeah. So to make it even — if you got 50 bucks, you can give somebody five bucks. It's been times I gave to these little kids — they was at the gas station. It impressed me that them little kids was like 14 and they're pumping people's gas instead of taking the money like I would think — that's the easy way — they're pumping people's gas. And you know people was cruel. They'll give you a quarter after watching you inhale vapors and everything. They'll give you a quarter for pumping gas. And I gave them little kids like fifty bucks. They was like, "Thank you!" But that teaches them that when you work hard and be responsible, there's a reward for that. And I think that just like I did that, corporations can do that, and on a bigger level. Imagine if a corporation just sent a representative and said, "Just go hang out in that playground, and ... whatever kid is the coolest and shares the ball or lets the most people play basketball, we're gonna give them a scholarship." That would bring hope. There's no hope, and there's not going to be too many more Christmases without hope. ... There's not going to be too many more days without hope. Because if there's hopelessness, there's revolution and there's change. If there's change, somebody is going to end up on the bottom. And that doesn't have to happen. It doesn't have to be about we on bottom, you on top all the time. It can be just spread.