Which anthem for Africans In America? 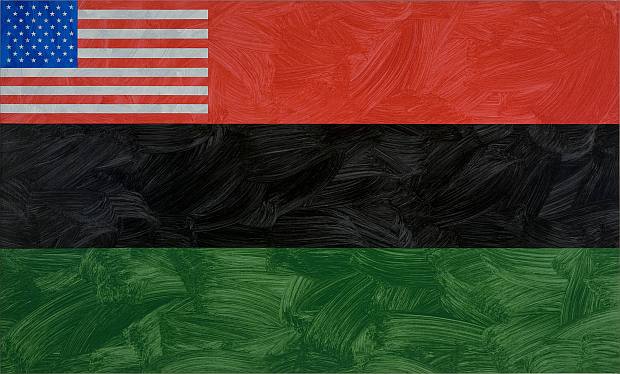 James Weldon Johnson was born in 1871 in Jacksonville, Florida. He was U.S. Consul to Venezuela in 1906 and Nicaragua in 1909. He was the national secretary for National Association for the Advancement of Colored People (NAACP) during the 1920’s. The Honorable Marcus Mosiah Garvey was born in Jamaica in 1887. He founded the Universal Negro Improvement Association (UNIA) in 1914. Both men rose to prominence in the era of Black militancy after World War I. Black militancy developed in the United States, Britain, and France because returning African and African-American soldiers were often attacked by white mobs. Mobs broke out in Liverpool, England and across the United States.

1917 to 1921 saw the second rise of the Knights of the Ku Klux Klan, and President Wilson began re-segregation of the federal government. In 1918, Mary Turner was lynched in the United States and the baby was ripped from her dead body and then smashed. The Black community was incensed. In retaliation, Garvey stated Black people needed organization and ties with Africa, so that if another black person was lynched in America, a white person would be lynched in retaliation.

"...we will be so organized that when they lynch a Negro below the Mason-Dixon Line, if we cannot lynch a white man there, and since it is not safe to lynch a white man in any part of America, we shall press the button and lynch him in the great continent of Africa!"1

According to Theodore G. Vincent, James Weldon Johnson was opposed to the African Nationalist program of the Honorable Marcus Mosiah Garvey because it owed “allegiance to a power beyond the borders of the United States.” Johnson eschewed physical retaliation and suggested that Blacks refuse to work in order to bring economic pressure upon lynchers.

"Negro strikes as a protest against lynchings were suggested last night at the Church of the Ascension by James Weldon Johnson, Field Secretary of the Association for the Advancement of Colored People. Mr. Johnson asserted that the negroes possessed in their economic force a powerful weapon which might be employed in communities where they were not treated with justice."2

Point 40 of the UNIA Declaration of Rights declared the anthem Ethiopia, Thou Land of Our Fathers (The Universal Ethiopian Anthem) the anthem of “the Negro race.” The UNIA had branches in more than 50 countries and colonies. James Weldon Johnson wrote Lift Every Voice and Sing in 1900 as part of the commemoration of assassinated U.S. President Abraham Lincoln’s birthday.3 Popular usage has made Lift Every Voice and Sing the African American [Black] National Anthem.

The Universal Ethiopian Anthem (By Burrell and Ford)
Ethiopia, thou land of our fathers,
Thou land where the gods loved to be,
As storm cloud at night suddenly gathers
Our armies come rushing to thee.
We must in the fight be victorious
When swords are thrust out to gleam;
For us will the vic’try be glorious
When led by the red, black and green.

II
Ethiopia, the tyrant’s falling,
Who smote thee upon thy knees,
An thy children are lustily calling
From over the distant seas.
Jehovah the Great One has heard us,
Has noted our sighs and our tears,
With His spirit of Love he has stirred us
To be One through the coming years.

III
O Jehovah, thou God of the ages
Grant unto our sons that lead
The wisdom Thou gave to Thy sages
When Israel was sore in need.
Thy voice thro’ the dim past has spoken,
Ethiopia shall stretch forth her hand,
By Thee shall all fetters be broken,
And Heav’n bless our dear fatherland.

Lift Every Voice And Sing (By James Weldon Johnson)
Lift every voice and sing
Till earth and heaven ring,
Ring with the harmonies of Liberty;
Let our rejoicing rise
High as the listening skies,
Let it resound loud as the rolling sea.
Sing a song full of faith that the dark past has taught us,
Sing a song full of the hope that the present has brought us,
Facing the rising sun of our new day begun
Let us march on till victory is won.

Stony the road we trod,
Bitter the chastening rod,
Felt in the days when hope unborn had died;
Yet with a steady beat,
Have not our weary feet
Come to the place for which our fathers sighed?
We have come over a way that with tears has been watered,
We have come, treading our path through the blood of the slaughtered,
Out from the gloomy past,
Till now we stand at last
Where the white gleam of our bright star is cast.

God of our weary years, God of our silent tears,
Thou who has brought us thus far on the way;
Thou who has by Thy might
Led us into the light,
Keep us forever in the path, we pray.
Lest our feet stray from the places,
Our God, where we met Thee,
Lest, our hearts drunk with the wine of the world,
we forget Thee;
Shadowed beneath Thy hand,
May we forever stand.
True to Our God,
True to our native land

Post-Read Questions:
1. In paragraph three, ‘eschew’ most likely means:
a) approved
b) disliked
c) disagreed with

4. An analogy is a comparison between things that are similar
a) Re-read The Universal Ethiopian Anthem. Make an analogy between an idea in section III and an idea in Lift Every Voice and Sing.

5. Both James Weldon Johnson and the Honorable Marcus Mosiah Garvey traveled abroad. Both were of African descent. Both loved Black people. Look at the lyrics of the anthems of the NAACP and UNIA again. In an era in which Black people were being lynched, why do you think that Johnson and Garvey disagreed? (250 words)

6. NAACP official Dean William Pickens stated “I believe in African for Africans, white and black, and I believe in America for Americans, native naturalized and all colors, and I believe that any of these Americans would be foolish to give up their citizenship here for a 1,000-year improbability in Africa or anywhere else.”

7. Examine the countries of Kenya, Uganda, Zimbabwe, and South Africa in 1922. What were the names of their predecessor colonies?

8. What were the positions of Black Africans in those countries in 1922? (Not more than 50 words per country)

9. Write a 100-word biography of a major Black African figure in the history of two of the countries.

Extra Credit:
Would the NAACP official’s position have helped, or harmed Black Africans? Give two examples to support your argument. (No more than 300 words)