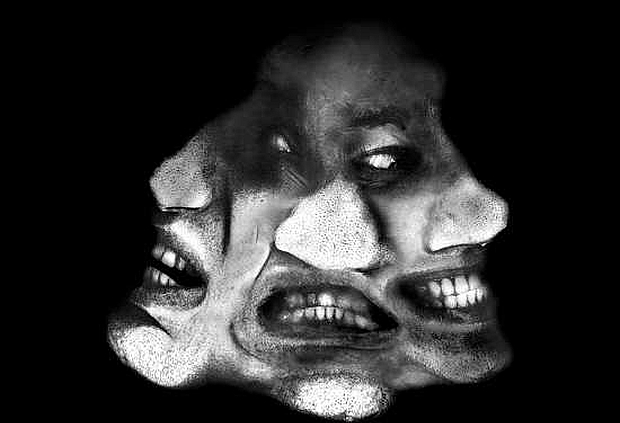 Me and my homie talk about Freud a lot. Mostly because of his work defining the theoretical constructs of the brain -- Id, Ego, Super-Ego. Pretty much the foundation of Western Psychology, and boy do we got beef with many things "Western", so what better place to start breaking that shit down? That's my self-analysis, anyway. [By "breaking down", I'm moreso articulating resistance, I'll leave the actual breaking down of things to good timing and fate].

I think many of the conversations we might have with each other -- now I'm talking about the community in general -- about our visions for how to live and how we want to live (and how those who came before us lived sustainably -- in harmony), would be served well by our deciding whether or not we are going to accept Freud's definitions of the human psyche. Despite what I'm about to write, I've yet to decide this -- to be honest, probably because Freud is a "white" dude (by "white" I mean, please see the post titled "White Privilege").

Even Freud wasn't able to define this stuff without argument so instead of using Wikipedia I'll shoot for a simple definition my damn self.

Essentially the Id is the natural instinctive portion of our psyche. So theoretically, if our brains were composed of just the Id, we'd be more like animals -- guided by our instincts. Living in Modern Western Civilization sometimes makes me think, would that be such a bad thing?

The Ego is that part of our psyche that organizes our instincts with our reality, enabling us to make our own decisions as individuals (we can assume, based on our individual experiences).

The Super-Ego is that part of our psyche that analyzes and critiques our Ego's organization into rights and wrongs and makes judgments (we can assume, based on the organization of reality performed by the Ego) about which of our experiences are preferable, from a self-organized perspective of course.

These assumptions hold that the Id is kin to emotional sense -- instinct.

I never saw Freud as a cheerleader of Ego thought, although I do see Western Civilization as such. And I actually never saw Freud as the inventor of the "three part psychic construct". Frankly, I never was convinced he deserved that much credit.

We like to categorize things -- civilizations, cultures -- and each other, according to how much they represent a tendency towards one of the three parts. And this categorizing often comes with judgments. And judgments often come with reaction. And reaction inspired by judgment tends to be extreme. So if we judge any of the three parts as "unhealthy", then we react by embracing the extreme opposite. But, in my opinion, such reaction can become idol worship. And worshiping any of the three aspects of the [theoretical, lol] psyche as savior -- against the devil of its opposite -- is sinful. As always, balance is key.

[I didn't realize it when I wrote it, but the title of this post is ironic, because I'm sure you'd actually find them in a bar, located in people's psyches of course, but in a bar nevertheless]