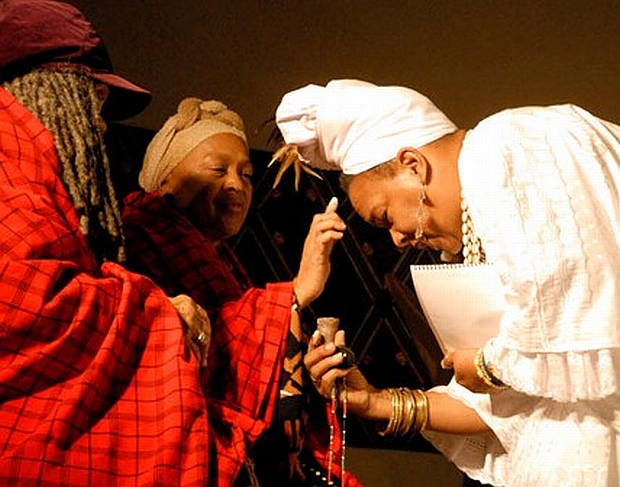 The Black Panther Party is said to have deteriorated nearly three decades ago however some of its original members continue to operate thousands of miles across the Atlantic. This summer a handful of Howard students had the opportunity to travel to Arusha, Tanzania for a three-week intensive Kiswahili language course. Between the 8-hour lectures and weekend Safaris the students managed to set aside time to pay homage to political activists and former members of the Black Panther Party, Mzee Pete O’Neal and Mama Charlotte O’Neal. Their compelling story serves as a testimony of the continued international legacy of the party ...

In the fall of 1969 Pete O’Neal, the chairman and a founding member of the Kansas City chapter of the Black Panther Party, was arrested and charged with transporting a shotgun across state lines without a license. After repeated verbal threats from local police it became clear that a prison sentence would result in certain death.

O’Neal was tried and sentenced to four years in prison. While out on bail, armed with little more than the ideology of the Black Panther Party, Mzee O’Neal and his wife, Mama Charlotte O’Neal, fled to Algeria with their two children where they remained for two years before relocating to Tanzania in 1972, once a hotbed for Pan-African activity. During their time in Tanzania, they became actively involved in community development and in 1991 officially transformed their home into the United African Alliance Community Center.

Today the organization serves a community of more than 200 people. The single room dwelling that once served as their home has since been turned into a recording studio for local artists. In addition, the UAACC houses a dining hall, dormitory, classrooms, art studio, and computer lab where various English, art, and computer classes are taught all free of charge.

Aside from its various cultural and community events, the Center completed a major community water project, providing a continuous supply of fresh water to the surrounding community. The Center also facilitates student exchanges between Tanzanian and American university and high school students.

When asked about his and Mama Charlotte’s work in Tanzania Mzee O’Neal stated, "It's 100% a continuation of the work we were doing as members of the Black Panther Party without the politics - I never hesitate to tell people that. I am very proud of that history . . . We have taken it to another level by providing opportunities for education and enlightenment here in this setting. But it's the same spirit."

For the Howard University students, witnessing the impact of the O’Neal’s work in Arusha demonstrated the continued relevance of the Black Panther Party. One student noted, “It showed me you don’t need to be a high ranking USAID official or UN aid worker to make a difference. All you need is a solid ideological foundation rooted in the development of the community."

Almost 31 years later, Mzee O’Neal, still considered a U.S. fugitive, is unable to travel back to the United States. He continues to maintain his innocence and work with lawyers in hopes of being granted a repeal.

For more information on the United African Alliance Community Center and ways you can make a contribution visit the website at www.uaacc.habari.co.tz