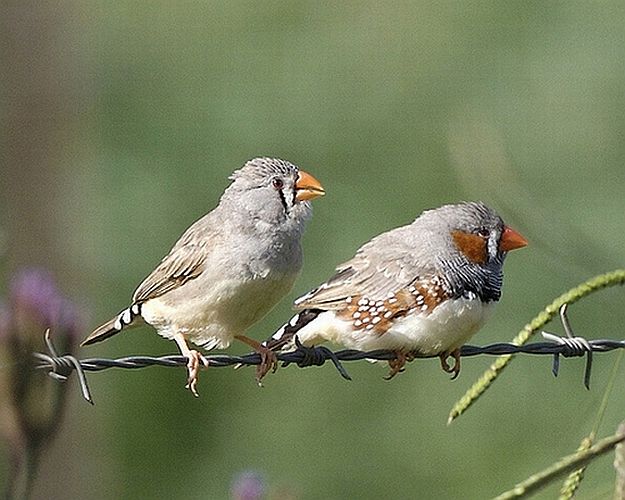 WHY?: An interesting experiment reveals that the songs of zebra finches raised in isolation, evolve over multiple generations to resemble those of birds in natural colonies. "Normally" male birds (for example) learn how to sing from observing older males sing.

"The authors note that their findings resemble the well-known case of a large group of deaf children in the Nicaraguan capital Managua, who in the 1970s and 80s spontaneously developed a unique form of sign language called Idioma de Señas Nicaragüense (ISN). They conclude that the results show that zebra finch song is not just a product of environmental influences, but is at least partly genetically encoded. Evidently, it is an extended developmental process, which emerges over multiple generations. In other words, zebra finch songs seem to exhibit what Noam Chomsky referred to as universal grammar..." (Full Article at ScienceBlogs)