Speak, So You Can Speak Again 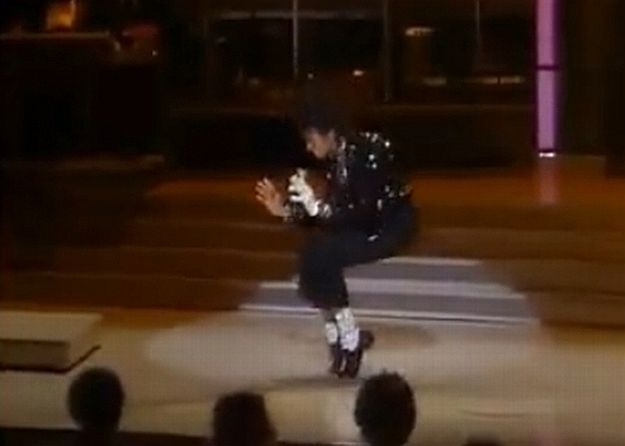 Pull up Michael Jackson's first Moonwalk. Incredible concert, huh? I mean this is MJ’s coming out party, the day he dazzled the world. His performance was so arresting comedian Richard Pryor is alleged to have declared it “the great performance [he’d] ever seen.”

And what did the man of the hour think of his act...

/////“I remember doing the performance so clearly, and I remember that I was so upset with myself, cause it wasn’t what I wanted. I wanted it to be more.”/////

It appears MJ was disappointed because he intended to hold the crouching position he assumed at the 3:43 mark for a teeny bit longer but was unable to maintain his balance. In criticizing his inability to execute this well-practiced move, MJ failed to appreciate how he effortlessly turned that “mistake” into a perfect 360’ turn that added another layer to an already rich assembly of dance moves.

Was the audience aware of this “costly” mistake? Judging from the feedback, it is safe to assume not. The entire conversation was taking place in Mike’s head. As humorous as Mike’s self-criticisms sounds in light of the performance, think about how many of us freeze up after sharing our creative work in a public setting over similar trivialities. I am not talking about building up the courage to do it initially. According to a [NY times article], starting is a relatively simple act for writers. I am referring to the moments after. The third article you submit to a magazine or the fourth blog posting you set out to write after receiving major accolades for the “brilliance” of the first three. Those days when your words appear jilted, flat, rhythm-less, unreflecting of the genius we imagine ourselves to posses. I think MJ’s self-criticisms are a fitting space to convene a discussion around writer’s block, but even more crucial, self-confidence. The following is a set of examples culled from the biography of MJ that has helped me manage those moments when self-doubt creeps in and interrupts the creative process.

1. Be in Conversation
Mike constantly shot his ideas past Marvin Gaye and Diana Ross. At 17, he asked and received permission from Stevie Wonder to observe him while Songs in the Key of Life was made. Being in conversation requires opening yourself to wisdom from elders by listening and sharing. As the great jazz musicians remind us, you can only improvise once you’ve mastered a subject. MJ was constantly in conversation, not only with his musical superiors but also his peers. "Billie Jean" and "Don't Stop Till You Get Enough" were playful collaborations between him, his brother Randy and his sister Janet.

Sharing our work with others strips the ego of its power, particularly its selfish desire to keep thoughts contained within the mind. Artists will tell you that the recording process is usually a collective effort, with folk offering lines that support the artists’ lyrical intent. The same applies to book authors where a perusal of the acknowledgments section invariably features the author giving props to several colleagues and mentors for specific ideas or general theoretical directions. Being in conversation relieves you of trying to construct a masterpiece without a blueprint. No man lives on an island.

There is another crucial aspect of being in conversation illustrated in MJ’s life. As John Jeremiah Sullivan, the author of the insightful GQ article, “Back in the Day,” tells us, “Michael yearn[ed] for... competition.” While, “fading child stars can easily insulate themselves from further motivation, if they wish, and most do... Michael seeks pressure instead... He recruits people who can drive him to... higher effort.” In seeking this demanding mentorship, Michael placed himself in a position to continuously expand. I used to believe that the ultimate aim was to reach an adequate level of consistency and articulation that would then flat-line and require nothing more than simple maintenance. This belief contradicted the laws of nature. Either something is expanding or it is contracting. By committing oneself to growth, I am allowing myself to discover something new daily, from project to project, moment to moment. Now, there is no such pressure to reach a particular goal, a linear based model that discourages risking. The journey itself is the goal, and as such, precludes the need for judgment from the craft. Whether a particular writing is considered good or bad, the fundamental goal is to write, and that goal should operate as the exclusive measure of one’s ability. For Mike, staying in touch with his “childlike inner instrument” was essential. Children are always seeking a new adventure, even in seemingly old rituals. Identifying a level, or what he termed “big” music, always resulted in Mike’s worst production. Interestingly, Sullivan informs us he associated “big” music with military imagery.

2. Operating from a Perspective of Abundance.
I grew discouraged my senior year of college, actually really depressed by the biographies I was reading because it seemed the only success I could have was through “killing the father.” The scholars I admired all seemed to achieve their success by aggressively attacking those that preceded them. It was not until I read Jacob Carruthers Intellectual Warfare that I understood this intellectual patricide was a product of the Western tradition.

Through his work, I realized the source of my anxieties stemmed from the belief that my “shine” crowded out the possibility of another person's “shine.” It sprang from notions of scarcity, the idea that there was simply not enough light for everyone to bask in. Like the proverbial gunner on the basketball team, my forty points meant most of the other cats on my team would barely touch the rock.

Shifting the conversation however, I am discovering that there is more than enough light to go around—as long as I am in conversation. Unlike the ball hog example, an alternative representation is the drum line. The drummers keep the beat for the dancers as a unit. Still, there is a moment for each drummer to step up and showcase his/her individual talent before rejoining the drum line. In so doing, the drummer contributes to the overall music being played rather than takes away. This perspective is also more in tune with nature. To think that expressing yourself is taking away from someone else is an indication of alienation, the stubborn belief that there is a “you” disconnected from your surroundings that can actually take away. If all of the elements in the universe are present in you however, then your personal expression is a gift back to the universe. Mike, once again, instructs us:

/////“Deep inside I feel that this world we live in is really a big, huge, monumental symphonic orchestra. I believe that in its primordial form, all of creation is sound and that it’s not just random sound, that it’s music.”/////

This Is It
So, the short of this blog posting is to encourage writers and artists in general to keep at their craft, despite whatever misgivings we may encounter along the way. Mike’s self-criticisms did not deter him from continuing; it emboldened him to keep striving for excellence. The trumpeter Dizzy Gillespie put it this way: “the only wrong note is when you stop playing.” Anyone who had a chance to see the recent documentary on MJ, This Is It, will support Gillespie’s statement. This Is It was marketed as his final performance but what came across instead was the opportunity to observe someone who had mastered his craft to the point he embodied it. The “It” for Mike was his transcendence over his material self, to the point we witness his plucking notes out of the air. His physical self may have ceased but we get to see him depart his physical form before he physically departed the earth. We can all arrive at that point. The trick is to keep writing. Keep performing. Keep dancing. In the words of Zora Neale Hurston, "speak, so you can speak again."