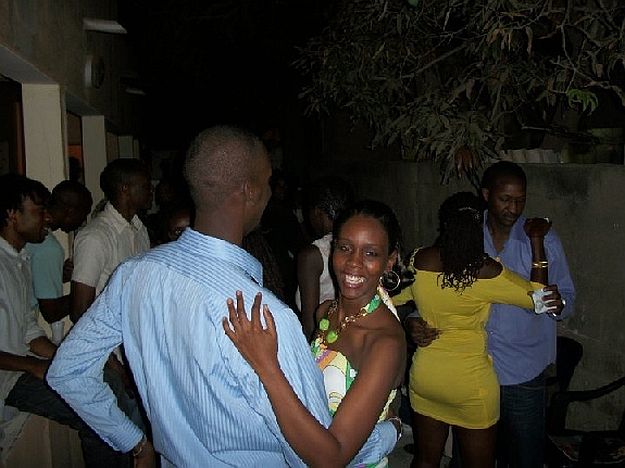 The Liberator had the opportunity to re-connect with the Pan-African Youth Collective to put on Live From Planet Earth: Dakar, the closing event of the 2nd Annual Pan-African Youth Summit held on May 29, 2010 at the University Cheikh Anta Diop in Dakar, Senegal. Under the theme: "Africa Unite: Toward a Second Wave of Liberation Struggle," the summit was a culmination of months of preparation and ideological work to ensure the summit planted a progressive seed for a new pan-African coalition -- a collective of music artists, youth activists, farm workers, students, soldiers, and cultural workers united in opposition to ethnic violence, dysfunctional capitalist institutions and neo-colonialism.

Panel Discussions
Africa: Movements of Liberation Before and After Independence
This panel focused on a class analysis of 20th century anti-colonial movements in Africa. The panel discussed the internal contradictions and pitfalls of African liberation movements in the last century. Panelists also discussed the counter-revolution against the radical nationalist governments in Africa during the 20th century.

Toward a New Wave of Popular Democratic Liberation Struggle
This panel discussed methods by which the younger generations can create a new era of popular and democratic struggles in Africa. The first part of the discussion analyzed the daily challenges faced by the popular classes of Africa in the 21st century. Next, panelist highlighted the link between imperialism and the internal difficulties of poverty and social dislocation. Finally, the panelists discussed the role of culture in creating a revolutionary consciousness among youth. This lively panel included poetry, song and intense debates between panelists and participants.

The Struggle Against Imperialism: Pan-African Movements and International Solidarity
This panel discussed the potential impact of a revolutionary pan-African movement on the international fight against imperialism and global capitalism. The discussion analyzed the Bolivarian revolution in Latin America, the peasant revolts in South Asia and the continuing significance of the Cuban Revolution. The panel also discussed the current predicament of revolutionary movements among oppressed nationalities and the working-class in the United States.

The summit was followed by the "Live From Planet Earth" after-party. The pan-African-themed party featured music from Africa and the diaspora and was an opportunity for networking and a much-deserved celebration in the spirit of the summit. One attendee commented, "That was one of the wildest parties I've ever jammed at!"

Where Do We Go From Here?
The post-summit objectives are to establish a permanent administrative body responsible for managing the operations of the League of Revolutionary pan-Africanists; recruit new members and coordinate the next Pan-African Youth Summit. The primary function of the League will be to raise revolutionary consciousness in West African civil society. In the near future, the League will be discussing short-term campaigns including facilitating movements against foreign military bases in West Africa. If you are seeking an opportunity to support, contact them at panafricanyouth@gmail.com.