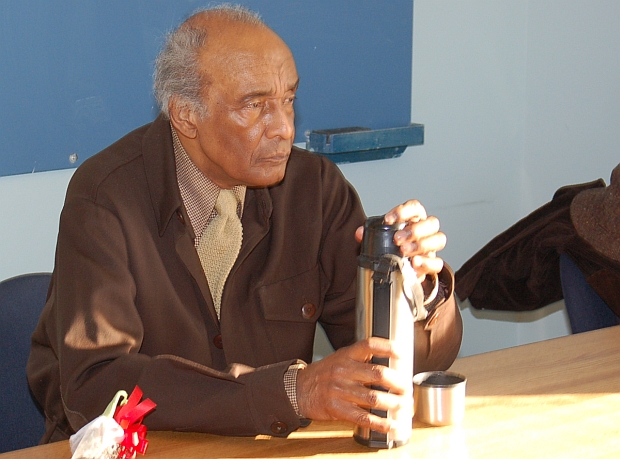 Lafayette Gaston ("Past Afrocentricity" Liberator 8.1) provided us with the link to this 13-part video of an episode of "Like It Is" with host Gil Noble, featuring Dr. Yosef Ben-Jochannan, Dr. Ivan Van Sertima and Dr. John Henrik Clarke. It originally aired on June 13, 1982, and is chock-full of reading recommendations and information on everything from African spirituality and Christianity, gender studies and the "non-existence of the single woman" in African societies, to cultural and intellectual history and the characteristics of the "African character."

At the 7:16 minute mark, Dr. Ivan Van Sertima mentions that the antibiotic Tetracycline was being used by Africans consciously about 14 centuries ago. "Where they were using the tetracycline there was the lowest incidents of infectious diseases." When asked how it was administered, he mentions its source being from the grain bins. This recent article confirms that a majority of it came from fermented beverages among other forms of grain preparation.

Dr. Ben finishes his segment by talking about the "liquidation" of Africans -- leading into Dr. Clarke's discussion of the African holocaust, maroon societies and revolts, simultaneously occurring resistance on the continent and the founding of African nations in the Diaspora.

All three talk about the different ways of coming to learn about [their] history. Dr. Clarke talks about his early suspicions about history and never fully accepting his schooling. Other topics: Education, historical definition and navigation, reading recommendations.

Dr. Clarke continues talking about the "Intellectual Invasion," Carthage, Hannibal and the European form of slavery/aggression.

Second group segment: Dr. Van Sertima talks about evidence of a Native American village in Northern Africa (pre-Columbus). Dr. Clarke discusses how Christianity hurried the decline of the Roman Empire because of a "temperament" malignment.