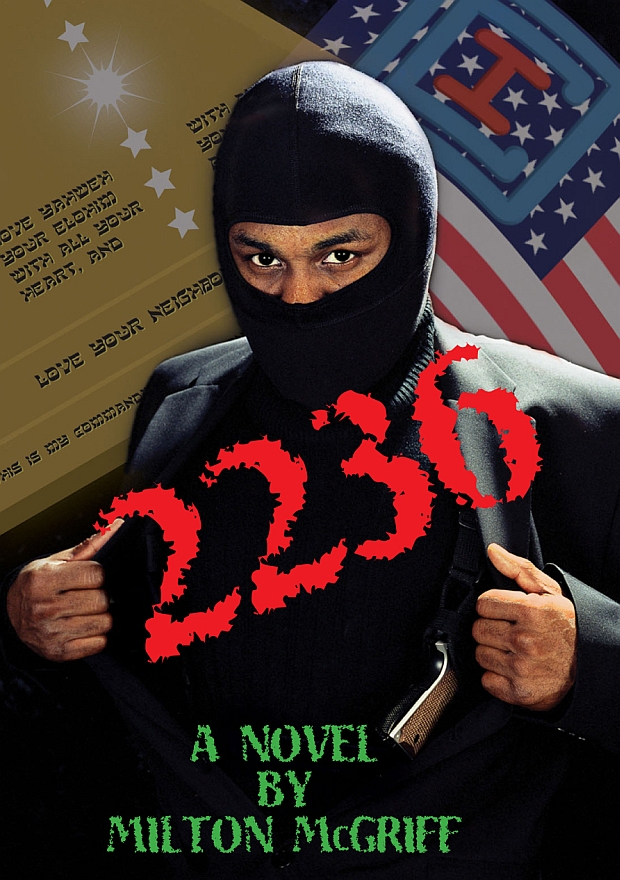 Johnnie "Black Label" Walker is the minister of a black Christian social organization in some city in the near future called the "Covenant of the New Commandment"; the new commandment being the one Jesus came to Earth to relay to humanity -- "Love one another as I have loved you" (John 15:12).

Andy Blackman is a divorced journalist who has just come into town and has been hired by The Covenant's official newspaper, The Scabbard. As both Christian and journalist, he is a faithful but somewhat curiously skeptical member of The Covenant. Like most folks, Andy is drawn to The Covenant more because of Minister Johnnie Walker's militant preaching style, than because of a deep faith in The Word.

At his new job with The Scabbard, Andy's been put in charge of covering police shootings resulting in the deaths of unarmed black citizens. But the same day he arrives in town, his brother is murdered by a drunk, off-duty police officer.

In the following weeks, a mysterious underground group calling themselves Unit 2236 has been faxing press releases to The Scabbard claiming responsibility for the growing deaths of police officers who were involved in the shooting deaths of unarmed black citizens and were either not charged with a crime or acquitted in court.

Cointelpro has been reactivated ("CP2"), but the government struggles to infiltrate the group. Seeing it as an opportunity to bring down Johnnie Walker, they try and pin the murders on The Covenant, but they can't find any evidence to back up their outrageous claims.

2236 is a well-written, fascinating tale that illustrates a world in which a movement, informed by the history of the civil rights and black power movements, has gained serious momentum. The protagonist, Andy Blackman, is a relevant, everyman character whose faith will be tested as he navigates the line between his religious practice (and his practice of the teachings of Minister Johnnie Walker) and his desire to honor the death of his brother by doing something that will truly change a nation wherein police shootings of unarmed black citizens have spiraled out of control.