From January 15-17, 2011, representatives from Africa and the African Diaspora met in Tripoli, Libya at the General Forum of the Arab-African Non-Governmental Organisation’s Conference on African Migrants in Europe (video archive). As the Honorary President of the forum, Mr. Muammar Al-Gaddafi hosted representatives from throughout the Pan-African Diaspora who met to discuss the challenges facing African migrant workers. The theme of the conference, "A Decent Life in Europe or a Welcome Return to Africa?" certainly speaks to the nature of the discussion surrounding the African future (at home and abroad). 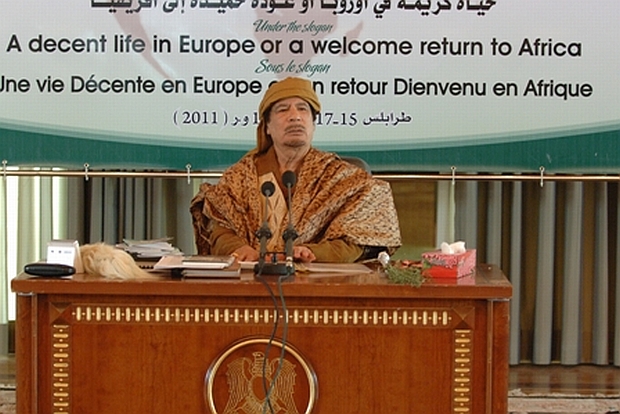 The conference also featured a historic blend of revolutionary seeds planted long ago. On the 50th Anniversary of the assasination of Patrice Lumumba, Hajj Malcolm Shabazz (the grandson of Malcolm X) had the opportunity to speak at the conference about his grandfather's connections to the Organization of African Unity. Shabazz traveled with former U.S. Congresswoman Cynthia McKinney and San Francisco Bay View journalist, JR Valrey. Samia Nkrumah (the daughter of Kwame Nkrumah) and Roland Lumumba (the son of Patrice Lumumba) were also in attendance. Meeting in Libya, of all places, is certainly a reminder of just how alive the struggle for African Liberation continues to be.

No magic wand of freedom has ever waived-away oppression. The diligent work of the Nkrumahs, the Lumumbas, the Malcolm X's and other revolutionary freedom-fighters has been the only recipe for change. And the seeds that they planted, in philosophy and also in the physical progeny that they left on earth, is a powerful thing in itself. It means that in many ways, they live on. And in a deeper sense, their physical DNA converged in a space together in the name of the work that they did.

I often wonder how my own Ancestors specifically influenced the person I am becoming. Who among them believed in the African past and future, and how that has trickled down to my psyche. I hope to uncover the answers, one way or the other. Meanwhile, these children of such diligent foreparents can look to the examples of their Ancestors and be inspired as they define their familial legacy in their own way. That is priceless. I've had the chance to build with Hajj Malcolm Shabazz and I must say, he truly does reflect so many of his grandfather's qualities. So much so, that it made me more conscious of what it is I am reflecting (even if unknowing) and how my future generations will reflect me. To see the elder Hajj Malik El Shabazz in the younger Hajj Malcolm Shabazz is a wonderful thing. To watch the journey unfold, as the younger finds his own way, guided by the example of the elder, is even better. It makes the Ancestors seem less iconic, and much more alive.

Here are some pictures of Malcolm at the conference: 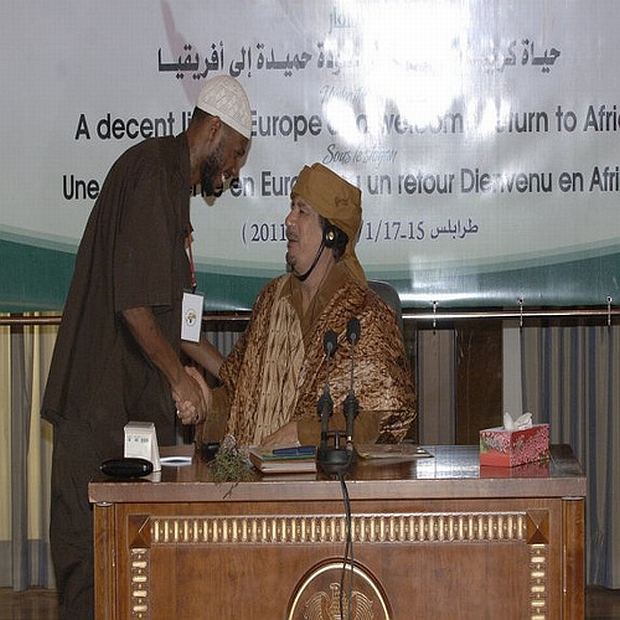 {Malcolm Shabazz at the Pan-African conference called by Muamar Qadafi in Tripoli Libya on the 50th anniversary of the assassination of Congolese Prime Minister Patrice Lumumba. Shabazz and Qadafi were the only speakers given standing ovations / photo via JR Valrey}