On the Disappearance of the Black Community / "Still fracturing today" 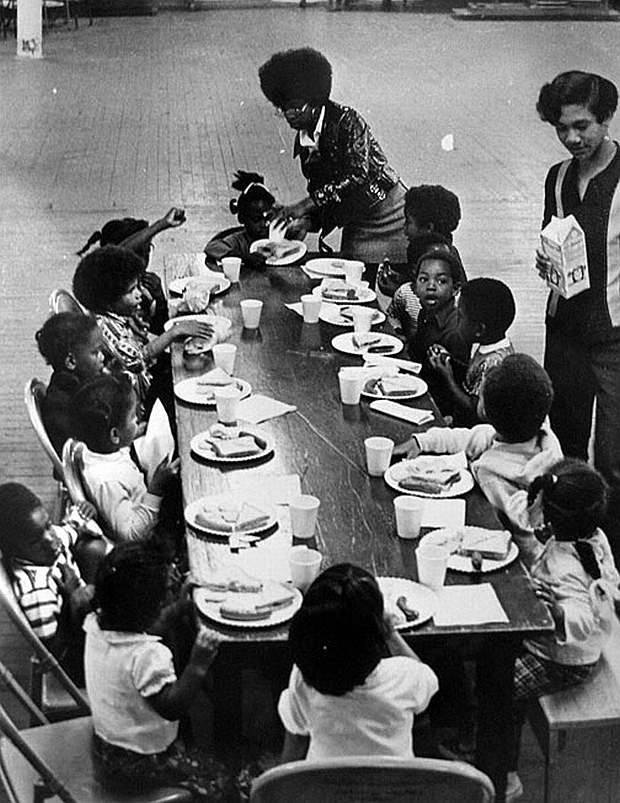 The Oxford Dictionary defines community as "a feeling of fellowship with others, as a result of sharing common attitudes, interests, and goals".

It does not require much effort on behalf of the casual observer to see that America's black communities are, at best, fractured and still fracturing today. Without sifting through similar phenomena taking place amongst other cultural and ethnic groups, we see plainly and without much effort that the above definition of community is hard pressed to show itself being manifest among blacks.

Most often, black neighborhoods are defined by the pigmentation of the residents living there and nothing more. One look inside each apartment or home reveals families arranged in their own practical manner -- not according to a racially defined rule. Beyond the ever abstract wish for "more money" (which is not a uniquely black desire), none of the residents seem to share any goals that would serve to shape a unique cultural identity. From New York to California, black neighborhoods are typically mere conglomerations of black strangers, not "communities".

The reason for this state of affairs might lay in the hand-wringing idea that the American black identity, when we view it fully, has never been based on much more than a shared striving against and contempt for oppression. Today, that oppression has been placed in check or has grown more sophisticated in its approach -- whichever you like. It nevertheless stands that the old form of oppression -- which blackness relied upon -- is gone and it follows that the old black identity has left the party with it.

It used to be enough to say that blackness only required the necessary melanin and a strong belief in "the fight for more rights for niggas". How complicated things have become.