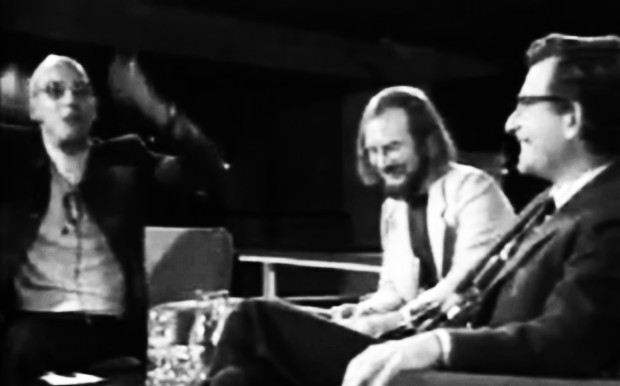 Info: "In 1971, American linguist/social activist Noam Chomsky squared off against French philosopher Michel Foucault on Dutch television ... the program was entitled 'Human Nature: Justice Vs. Power' and offered sharp contrasts between the more traditional view of 'human nature' and what would become a postmodernist perspective ... Chomsky, following a rationalist lineage going back to at least Plato, believes that there is a foundational 'nature' and that its positive aspects (love, creativity, recognizing and embracing justice) must be realized, while Foucault remains skeptical of any such notion... for him, the issue is not so much whether 'justice' or 'human nature' 'exists,' but how they have historically (and currently) function in society ... in regard to justice, he says (this is not included in the clips): "... the idea of justice in itself is an idea which in effect has been invented and put to work in different types of societies as an instrument of a certain political and economic power or as a weapon against that power..." The point of any political struggle, for Foucault, is to alter the 'power relations' in which we all find ourselves ..."