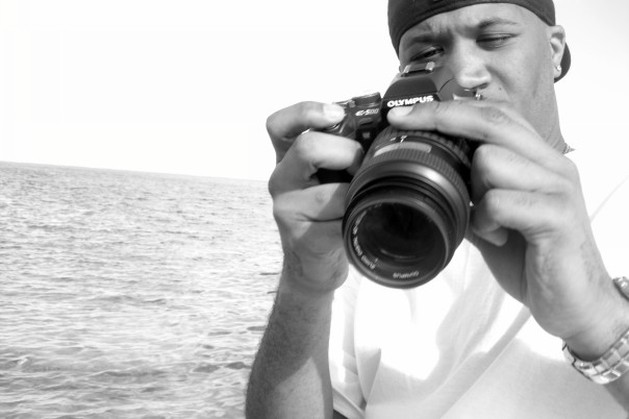 It was the adventurous expedition through Latin America that sparked epiphanies in the mind of revolutionary Che Guevara. By no intent does my reference to the revered Guevara insinuate any physical or metaphysical analogies. However, it was during my two month stay in Belize that I realized the great conflict all men encounter: try to change the world or let the world change you.

The vegetation is never ending. The green of the landscape is effervescent beyond comprehension. I sit on the local bus with my iPod (American as can be) listening to Chris Martin sing over the acoustic “Careful Where You Stand.” My beautiful and always pure girlfriend rests her head in my lap. There is no weight on her shoulders but everything from my humerus to scapula weighs heavily. Here we go again. This damn conscience.

An old woman walks alongside the dusty road. She flags the bus down. The driver stops without hesitation. This must be ritual. She gets on selling a maize dish, remotely similar to a tamale wrapped in banana leaf. Her ultimate goal: raise enough money to send her daughter back to the states for medical care. Her daughter 33, is the victim of a stroke. Half her body is non-responsive.

Fast forward two Coldplay albums later and our bus is stationed in Dangriga. A mother gets on the bus with her two children. An anecdote reported to me the previous day goes off inside my mind. Earlier in the month a ten year old girl had been raped and left for dead in the jungle. Her proud assailant, confident she was dead, returned to town only to be confronted and arrested at his job: the police station. The victim had in fact survived and managed to make it back to town where she notified her parents that a police officer had raped her. This incident should not be confused with Belize’s Jack the Butcher who has raped, mutilated and murdered over six girls.

As “Amsterdam” rounds up my iPod listening, an old man gets on the bus with his bicycle. He is at least 60 year of age and everyday takes up the task of riding his bike 20 miles to the nearest major town so that he can work to make money to feed his family. No yellow line to Pentagon City here. No G2 to Georgetown. Two buses each way the entire day. You miss it, you walk or peddle twenty miles. The meal he takes home to his family is not filet mignon wrapped with smoked apple wood bacon and covered in mushrooms.

What does all this mean? Why am I receptive? Why not enjoy looking at the pretty mountains and cowboy cliché skies? I know the answer and have for several years: I’m responsible. I’ve attempted to shun this responsibility by creating an alter-ego of a nonchalant, anti-social recluse. You cannot help people if they don’t know you exist.

As I witness this eternal struggle by billions to simply live, I become more conflicted. I could essentially do whatever I wanted in life. I have been given that ability by the blankets of freedom provided within the boundaries of the great red, white and blue states. However, what becomes of those not afforded the same opportunities? What becomes of the individuals who have not been able to transcend their facticities due to external influence; the people who do not have a voice and do not exist to the rest of the world; the people who face poverty, censorship, violence and exploitation. These are people who are faced with real problems while I try and resolve salary cap space issues on Madden.

I have developed this ability to tell stories through a lens: shooting at a 5.6 f-stop, dropping that gain to zero, camera locked down on a Bogen 501 with my Powerbook burning my lap. Hence the conflict. Do I ask these people to “tell me your story?” Or do I ride off into the sunset? Afterall, their problem is not mine.

I’m sure they’d call me the “Black John Wayne.” I’ll smile and ride my range rover down the suburban street to be with my beautiful Grace Kelley in our prestigious picket fenced house. The kids run out the door signaling their approval for their brand new big wheel. Meanwhile 3,000 miles away, kids, adults and elders do without and no one knows, never will and won’t care because I failed to tell their story.