The Extinction of the Black Man 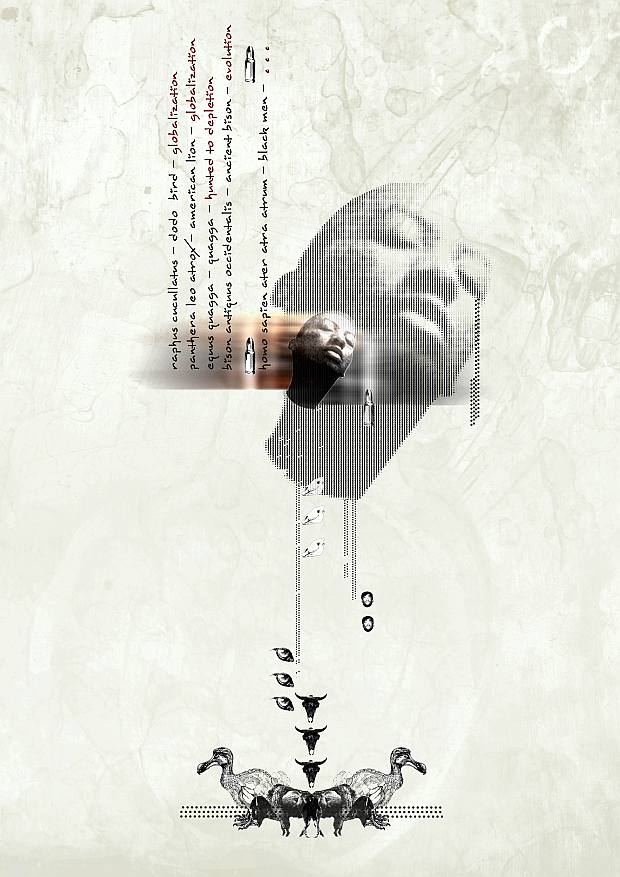 Tyrone: Man that was a good game, I was doing you all day. We need to hurry up and get to my crib.

Courtney: Yeah cause you know your mom 'bout to get that butt. Move it man, it's 'bout to rain and it's cold -- I only got this jersey on. Anthony, you need to walk faster and quit tryin to be cool. Ain't nobody payin you no mind. Matter of fact, they can't even see you cause you black as night.

Courtney: Move to the side so these guys on bikes can get passed (But they didn't pass instead they just stopped in front of us).

Kids on bikes: Come out of that jersey and yo shoes...

Courtney Brown was a very special person. He last attended Edison High School in Minneapolis, Minnesota. He wasn't perfect but he maintained at least a 2.5 Grade Point Average almost every quarter. He wasn't into gang banging, slanging drugs, etc. Instead, Courtney would stay after school to play basketball -- one of his favorite sports -- or he would stay after to help his teachers clean up.

But to the streets, he was known as another easy mark. Courtney was wearing clothes that some felt were worth dying for. Courtney, like my brother Tremaine Finley, became another brother in a long list of 'The Extinction of the Black Man.'

I would like to explain my title to you as there are several methods to 'The Extinction of the Black Man.'

Prison is one. Prison is one method used by our government to wipe out Black men. More than any other race in this country, the Black man has been arrested and convicted in the United States' judicial system. Black men are incarcerated and convicted at a rate of more than 3 to 1 compared to white men who are arrested for the same crime. When Black men are in prison they can't procreate, nor can they take care of their existing families.

Black on Black crime is the number one killer of our people. Our boys and young men are dying at a rate unparalleled by any other race. Whether it's by drugs, gangs, robberies or domestic violence. We find new ways everyday to hurt ourselves. We are literally tearing our families apart. Black men and boys are dying between the ages of 12 and 25 by our own hands. We have to stop (sp) this madness. We shouldn't be scared of our own people, we should come together instead of getting rid of one another. We should value life the way we demand power over one another. We should back and support our families, the way gang bangers back and support each other. We need to go back to the 'it takes a village to raise a child' mentality. Our community has to take part in each other's lives. Our neighbors need to start caring about each other again.

Death is the final chapter to 'The Extinction of the Black Man.' These people who take lives never think about their victims as human beings. Our men have families. They were brothers, uncles, sons, nephews, etc. Our men are becoming extinct because of the senseless act of murder. We make excuses and say they were at the wrong place at the wrong time. That's not true. Black men should be able to be where ever they desire without looking over their shoulder. We shouldn't judge power according to who is holding the gun, knife or any other weapon.

We as a people should not fear man... only God.