The Boys of Baraka 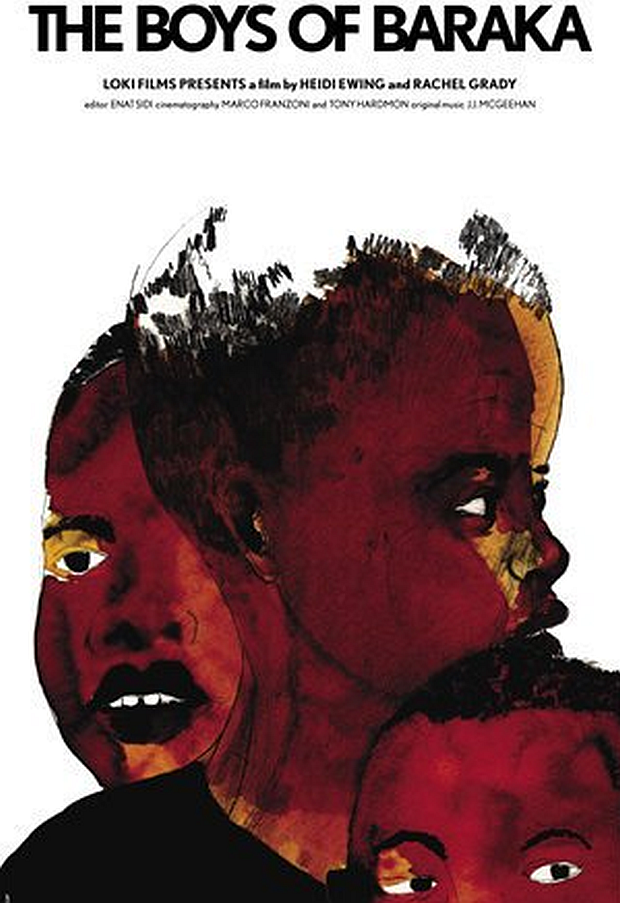 Editorial Note: Articles from the Baltimore Sun and Washington Post update readers on the kids of the "Baraka" school and some of their unfortunate fates since leaving the program.


●●●
"The Boys of Baraka" is a documentary about a group of poor, black kids from Baltimore city who are selected to attend a boarding school in rural Kenya. It begins with a grim statistic: "In Baltimore, Maryland 76% of African-American boys do not graduate from high school." I couldn't help but detect a certain amount of opportunism on the part of the filmmakers. Directors Heidi Ewing and Rachel Grady appear to be sensitive enough to be able to grasp the overarching issues (i.e. education, family, racism and poverty), but this is still just a documentary for them. If one logs onto the official website (theboysofbaraka.com), one is immediately directed to the website of the production company which features two of their films. I do not point this out to cast aspersions on their motives or integrity. I am simply trying to illuminate the fact that the "subjects" of their film don't have the same opportunities to navigate their way through the obstacles and issues presented in the film. This is more than just an interesting topic for many of us. These kids are the future of the black community. I could find no sense of urgency or call to action in this film. But to be honest, there’s no reason for me to expect either from them. When it’s all said and done, the directors have an award winning, critically acclaimed film. The featured boys (Montrey, Richard, Romesh and Devon) still have to fight their way through a racist school system and society. This remains constant even as the boys evolve and their surroundings change.

There are some excellent issues raised in this film. The first issue is the classic “nature versus nurture” debate heartbreakingly captured in Leeortia's (Richard's mother) request not to “make one a king and make the other one a killer” upon learning that one of her two sons may not be able to go to Kenya. The idea of America is built on the back of the rugged individual. We have been inundated by images of heroic men conquering their environment with nothing but determination and hard work. At best, this is an incomplete picture. Unfortunately, these are the images and ideas that typically provide the framework by which we explore issues of self in relation to society. Social responsibility is seen as both separate and secondary to personal responsibility when it should be incorporated into the very essence of personal responsibility. Consequently, the discussion of the nurture side of the debate is very uncomfortable for many people. We are often made to feel like we’re making an excuse if we acknowledge that societal factors can have a profound effect on our lives. It becomes harder to ignore the nurture side of the debate when you see Devon inquire about his mother who struggles with drug addiction or when you witness Richard visiting his incarcerated father.

The second issue is one of expectations. What expectations did the adults have of the students? It was interesting and disappointing to see the reactions by members of the audience during the Baltimore premier of the film. Many of the kids were crying -- not an atypical response for children I might add -- upon departing to an unfamiliar land. It seemed to startle many members of the audience. Could the shock at this scene be a result of the criminalization of young black boys who are seen (and often tried) as adults at increasingly younger ages? I’m not sure, but I think it’s worth noting that exposure to adult situations, or even the ability to mimic the things seen or heard in popular culture, does not mean that the child is ready or even able to process the experience. It would be who of us to keep that in mind when we interact with children.

The expectations of the school staff were also disappointing. In the beginning of the film, Mavis Jackson (Recruiter for Baraka) says what she feels will be the outcomes for most of the students: imprisonment, death or a diploma. At the end of the program, Mavis Jackson tells Richard how he can look at life. "I might not get to be the Mayor of Baltimore, but I can work on cars." My guess is that she wants Richard to be practical instead of chasing the impossible dream. I would argue that our young people can be practical and still have their dreams. In other words, it doesn't have to be an either/or situation. It can be a both/and situation. Her expectations are revealed once again when she says, "If he graduates from high school, then I'll probably drop dead with surprise." It's clear that she cares about the kids. I'm just not sure she can help them.

The expectations of the students reveal two very interesting points. It shows how eager they are to learn and improve their situation. It also shows just how much we have failed as adults, parents and educators in providing them with the tools they need to succeed. In talking about the Baraka program, Richard notes, "It changed part of our lives because I know it changed mine." He desperately wants to go back, but he eventually resigns himself to his fate. "My dream ain’t gonna come true so I might as well get that out my head." It’s clear that the students are no stranger to disappointment. It seems like the only thing that has been consistent in their lives is disappointment.

Finally, we have the expectations of the Baraka program representatives. Mary Scanlan, the administrator of the program, tells the parents, "We have a little bit of sad news." She proceeds to tell them that the program would be suspended because of security threats. The reactions of the parents show that it’s more than just a little bit of sad news. We can clearly see the disconnect between the various stakeholders. In the film, Romesh asks, "Why can’t we do it (the program) in Baltimore?" It should disturb any rational person that a child can ask a question that the people with the power, money and credentials did not ask. It should disturb you more that they did not answer it.

This film is really one of contrast. It is about contrasting expectations and contrasting environments. This leads to one central question for me. Is it necessary to transport someone to a different place in order to transform someone into a different person? I noticed that there was relatively little interaction between the students and the people in Kenya. It was almost as if the idea was that they would transform by virtue of being in Africa. This shows a complete lack of understanding of both our problems and our potential. For any real chance of a true transformation, I believe it will require people who have a strong understanding of the connection between Africans and Africans in America. There was little evidence of that in the documentary. Devon started to make the connection when he said he liked being in Africa because he was with people who were essentially like him: black and poor. This is an incomplete observation, but he can hardly be blamed. The adults should step in at this point. It takes a person with deep knowledge and insight to help the students see more than just a shared burden, but a shared struggle and a shared vision of the future.