Annoying the Frontiers (What Is a Massacre and What Is Not?) 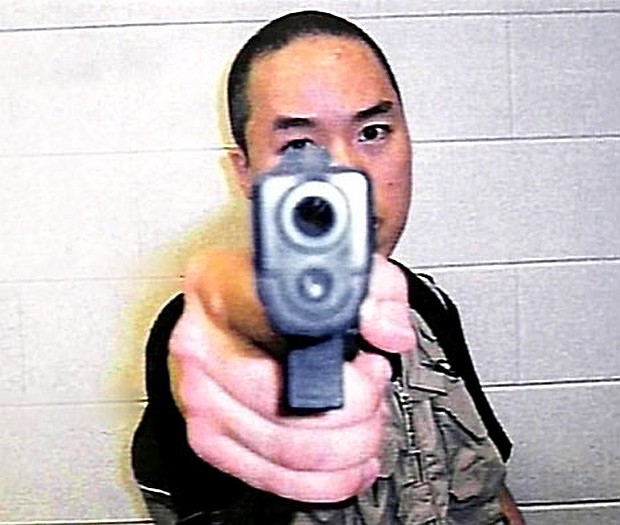 According to Virginia Tech’s official history, the land they currently occupy was barren prior to Europeans arrival in the late 17th century. Upon arrival, large tracts were claimed and later parceled out to incoming settlers. One of the charter family members was actually abducted by “hostile” Indians of the Shawnee clan “curiously” bitter towards those who had forced them from their homes the past decade -- only to later execute a heroic escape, walking some eight hundred miles back to the colony. After an presumed calm, the settlers resumed the business of erecting a town and eventually wound up ceding the land to town officials and giving birth to Blacksburg.

Of course the town was threatened every now-and-then by wild Indian “savages” but these were sporadic interruptions of an otherwise stable order. In fact, the Indians disappear from the “Hokie” narrative pretty abruptly. No further mention of how they fared after this episode is necessary; they were simply the backdrop of a human story. 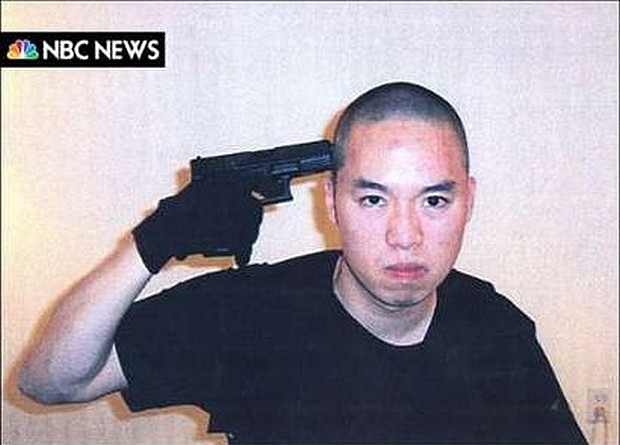 Indeed, in Virginian narratives only the humans (read: Whites) are worth tracing. No one else enters the story unless they “annoy the frontiers.” Thus, whether it is the various Indian nations during the FrenchIndian War, the numerous African rebellions that marked the 19th century or the recent school shooting of Virginia Tech, the archives and historians paint the space as a veritable white man’s land, pristine and innocent. The violence that makes room for this space is neatly swept into the “dustbin” of history. To be sure, this is American history writ large.

Virginia governor, Tim Kaine, recently captured this view of history. At the invite of the notorious Secretary of Defense, Donald Rumsfield, Governor Kaine sojourned to war torn Iraq to assess the war from a more intimate space. On his website is a recording and reflection of his experience under the heading “Here to Iraq.” A telling phrase indeed for Virginia supplies an extraordinary number of troops to serve in that war. Kaine recalls how fellow U.S. governors relentlessly kidded him by asking, “Is everyone in the military from Virginia?” Outside of the run-of-the-mill meetings with military personnel, Kaine carved out time to travel the country (of course under heavy military protection). His descriptions of the countryside are picturesque. “It is remarkable how much daily life goes on in a peaceful way throughout the country,” he waxes. “The spring season was obvious as we flew low over tiny farms where people were diligently planting, gathering firewood, and tending livestock.”

One gets the sense that the Iraq depicted in Kaine’s journal is a delusional construct of a stubborn mind that refuses to see murder, maiming and brutality visited upon the Iraqis as contradictory to American magnanimity. 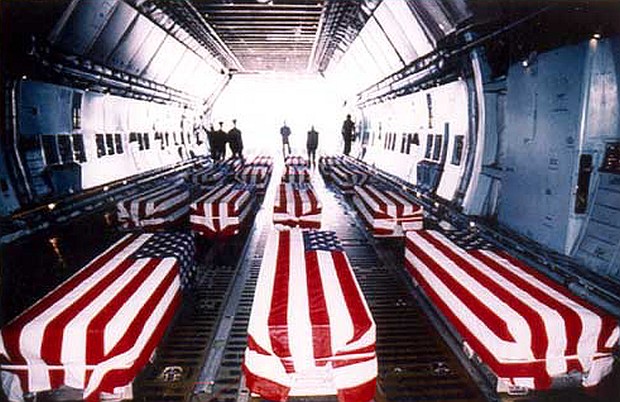 At one point, Kaine walks by some military men from his state manning artillery on a surveillance plane from a computer screen. He states that perhaps parents should rethink their conservatism regarding video games at home since they are clearly of utility in war situations. The callousness of this casual remark underscores and undercuts the hypocrisy of contemporary Virginia and for that matter every state in the country “surprised” by this recent violence. George Bush--responsible for the deaths of thousands of American troops (many of them college-age) let alone the hundreds of thousands Iraqis that have perished since invasion--traveled to Virginia Tech to express his deep sympathies and outrage at the “blatant disregard” for life. Think about that.

The faces of the victims being displayed on the screens repeatedly contrast sharply with the closed caskets that routinely make their way back to this country from Iraq. Where is the outrage, the chilled spines and the troubled consciences in this situation? Similar questions were posed by Chile who suffered greatly at the hands of the U.S.-backed dictator, Augusto Pinochet. Interestingly, they have been celebrating their particular 9-11, a day marked by mass bloodshed. And while they respectfully mourned for the lives lost in the World Trade Center, they were unable to elicit any sympathy from the U.S. or take the piles of corpses constantly on display in Afghanistan -- the result of botched U.S. bombings. The anguished wails of rural community residents are met with the stoic composures of U.S. officials and attendant mechanical responses that promise to look into the matter. These few instances reveal the dominant theme in U.S. history: the periphery does not matter unless they “annoy the frontiers.”

For students of history, we recognize that such contradictions were present in the very founding of Virginia, best elucidated by Edmund Morgan in his essential book, “American Slavery, American Freedom.” How is it, Morgan asks, that the colony that produced the most eloquent spokespersons of democracy and human equality was also the colony that possessed the most slaves.

Similarly, and more immediate to our current moment, how can a country involved in the most brutal and criminal invasion of the 21st century consider itself a peaceful and freedom loving nation. Is violence sanctioned only in the service of the state? Why then is this particular occasion of violence portrayed as “shocking” but the same consideration not extended to the startling number of lives lost overseas in Iraq and Afghanistan. Let us not sweep these awkward realities under the rug. For if we are truly committed to making sure that these egregious acts of school shootings cease, then we must attend to the culture that spawns them. In a released statement on the shootings, Governor Kaine remarked, “It is difficult to comprehend senseless violence on this scale.” Let’s just say this was a far cry from his arrived conclusions on the situation in Iraq.