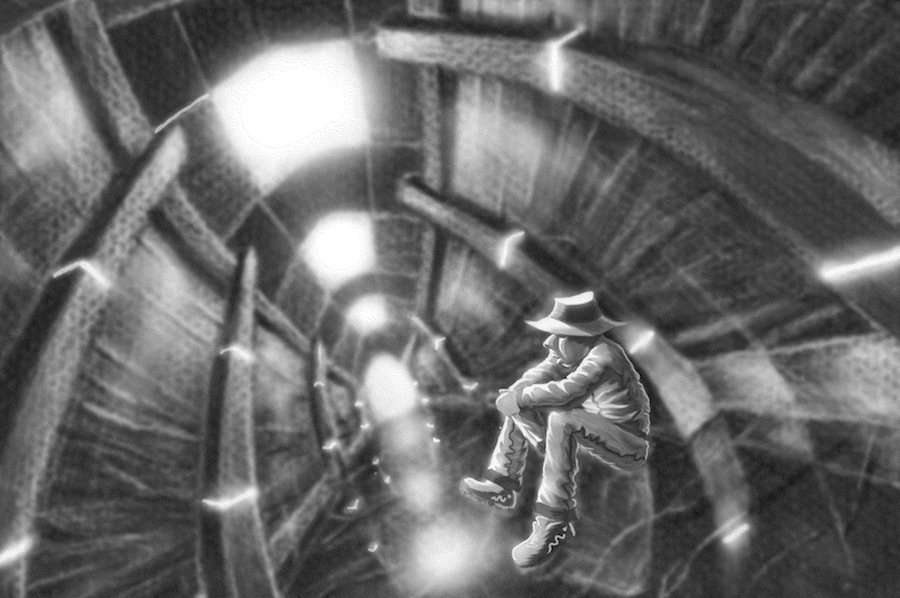 Nobody on TV is ever lonely. Well maybe, but not for long. And even if their predestined company didn’t come join them at just the right time they would still have us.

The actors, the people on TV know that we're going to be watching them. In a strange way they at least know that their presence will be recognized by an audience. They aren’t lonely. They intend for their presence to be recognized and it is. We, the viewer, on the other hand, just choose randomly which people to watch. But similarly, prostitutes don’t get rid of loneliness: their presence, like ours to the actors, goes unrecognized.

Is loneliness a plague?

A wife sits at home alone. A meal sits cooked on the stove. Her plate, her fork. Her cup sits in the sink.

This isn’t the kind of loneliness that simply means to be without companions. It's good to be alone sometimes. We all trap ourselves around others to get away from ourselves. What better protection than a circle of companions? Sometimes -- often times, even one will do the trick.

But this is number "3a" on the dictionary's list: to be "dejected by the awareness of being alone." This is when you realize that you're alone, completely involuntarily, not for growth's or peace's sake, and it has the ability to make one miserable. In fact, according to that definition, loneliness is experienced precisely at that moment when we become miserable from being alone.

What are 1a, 1b and 2 by the way? One might be wondering. Well, those ones all have to do merely with the state of being alone. You know, "without companions" or "unfrequented by people."

Let's see, the obvious would be to blame an individualistic, isolating, and extremely competitive American culture. We don’t want to go there, do we? For the sake of balance… it seems that in the modern day, our numerous forms of one-way forms of communication contribute to our being alone. Interestingly enough, they alone do not make us lonely. However, we often spend so much time engaged in these one-way conversations that we become addicted, in a sense, to them. When we look up from our TVs, our computers… damn that Google and all of its instant gratification in the form of instant answers, preventing us from talking with our elders and friends!… when we look up from these things and realize how alone we have become, well, that can make us very lonely. Or should it be: damn that ultra-competitive American culture that makes Google and its instant gratification in the form of instant answers so very necessary!

And we could call that luxury loneliness. We could tell those people to quit crying and give them no sympathy at all. It really doesn’t sound that cruel of a thing to do when compared to the loneliness brought on by incarceration, orphanages, foster homes, and homelessness.

The word "involuntarily" is elusive. What does it mean to be in a house and feel like you are being forced to be alone? Are psychological restraints really more restraining than their physical counterparts? In one instance, you have the power to get free. In the other, someone else has it -- and is definitely not giving it to you. Do the words "spoiled" and "unappreciative" (of one's relative freedom) apply here? Then again, all freedom is relative. (Oops I put that in parentheses; it was supposed to be a whisper type deal.) Did I say that out loud? A lot of one-way communication going on here, too, I guess. Is reading this any healthier than TV? Do you feel lonely right now? Sorry.

Those incarcerated -- the ones reading this and the ones who're not -- get lonely, I can almost guarantee that simply by using my god given telepathy -- empathy. Those who're homeless, those who are waiting for a new family or perhaps a first family, these are those who seem to be truly lonely -- in a truly involuntary state of aloneness. And of course, not all are, and of course, those who are, aren’t all the time. But those who are, when they are, are so because their circumstances prevent them from being otherwise.

Are you lonely, or just scared of the world around you -- scared of you?

Maybe tomorrow, if I see someone who looks lonely, I'll stop and say "hi" and [ask] "how are you doing?" Better yet, I'll mean it.